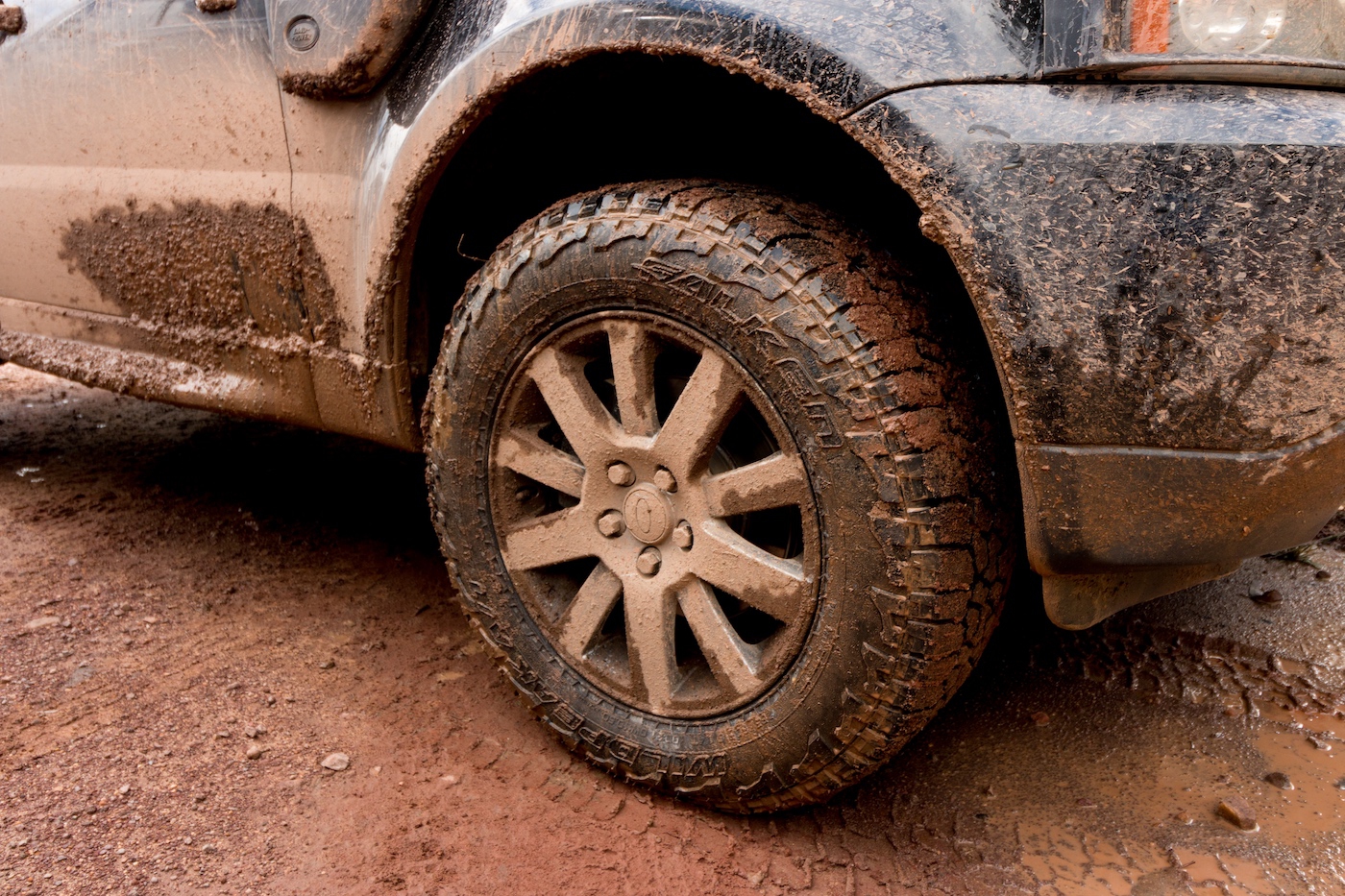 Could a set of All Terrains be the only tyre you ever need?

When I purchased the Range Rover Sport about a year ago, it came equipped, as many do, with the perfect set up for cruising the streets of Sydney’s trendier suburbs. Big 19-inch wheels and fairly skinny 255/50R19 tyres. Great for low riding, but not so great for tackling rocky muddy trails or outback roads. Not ideal for a vehicle that would be used not only as a daily driver but also as a solid (but exceedingly comfortable) cross country tourer. 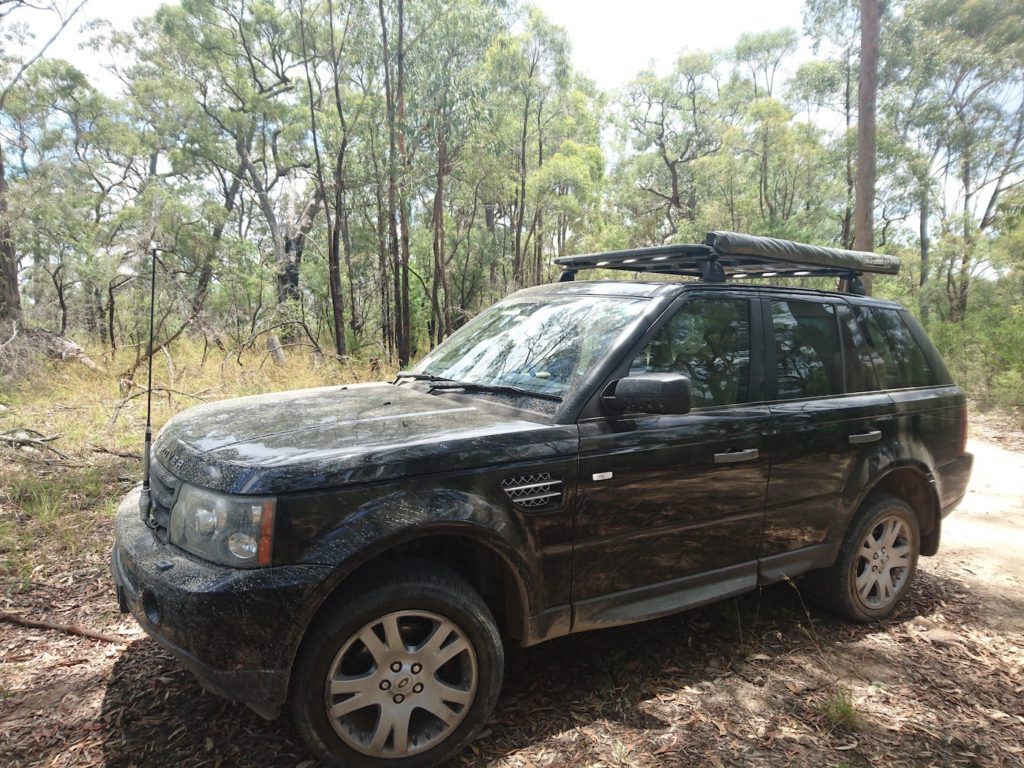 So, one of the first things I did before going too far off the highway was to upgrade the tyres. Now, I’d used Falken’s Wildpeak AT2’s on my Pajero and I really liked them, so when I heard that a new AT3W version was coming out, I was pretty keen to find out a bit more. After reading some reviews from the US (the tyres weren’t available here in Australia at that point), I decided these would be the first choice for me. So, after some enquiries, a release date was found out and I managed to secure a set for the Rangie in 265/60R18 XL. Not quite the LT construction I was hoping for, but still a size bigger than I had (just about 31″ as opposed to the standard 29″) and hopefully a damn sight more robust as well. More importantly, this size also kept everything fully legal.

Now the AT3W is dubbed as an aggressive all-terrain tyre full of cutting edge design and robustness to cope with the rigours of off-road. But that’s just marketing BS, the real test of a tyre is actually using it on your own 4WD and seeing how it performs over a range of conditions. For me, if they were half as good as the old Wildpeaks, I’d be happy. They worked bloody well, although I always felt the sidewall may have been a little soft.

Over the last few years, A/T tyres have evolved a fair bit and there is definitely a “New Generation” of tyre out there. Hell, even BFGoodrich have updated their perennial A/T with the KO2. Which although looks very similar, by all accounts it does represent a fair jump in all-round performance. Compounds have changed and tread design has also taken a huge leap forward, allowing tyres to work really well on the street (re: not noisy), but also perform with good ability on the rough stuff. Some are being labelled as MT tyres and some as AT such as the Kuhmo MT51 and the Wildpeak AT3W. Two fairly similar tyres, both offering good on-road and off-road performance without the constant drone (and economy hit) usually associated with a full on mud terrain tyre. I’d consider both of these examples in and around the 50:50 usage marker, along with the BFG AT KO2 and General Grabber AT2. 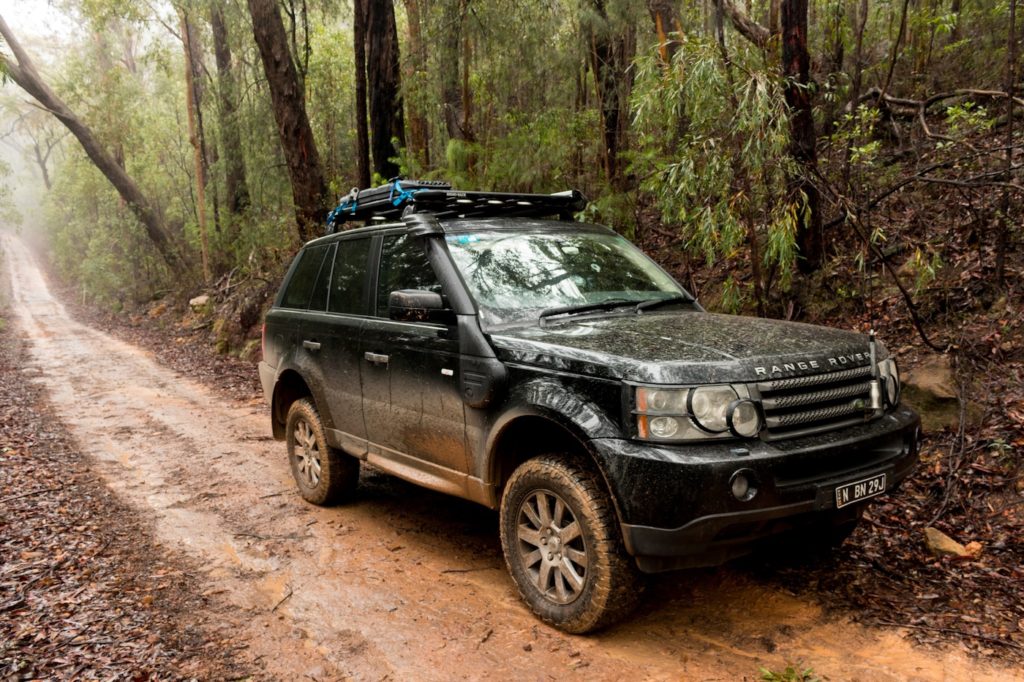 They say first impressions count, and also that looks can be deceiving, let’s hope that it’s the former rather than the latter. The outer tread looks quite aggressive compared to the previous version, hopefully, this wouldn’t translate into too much road noise. The centre blocks are staggered, although quite close, they look like they would offer reasonable self-cleaning. But the sidewalls were the most impressive part, with an aggressive pattern which looks like it will bite well. The tyre also has ribs on the lower part of the sidewall to help in heat dissipation when running reduced pressures. 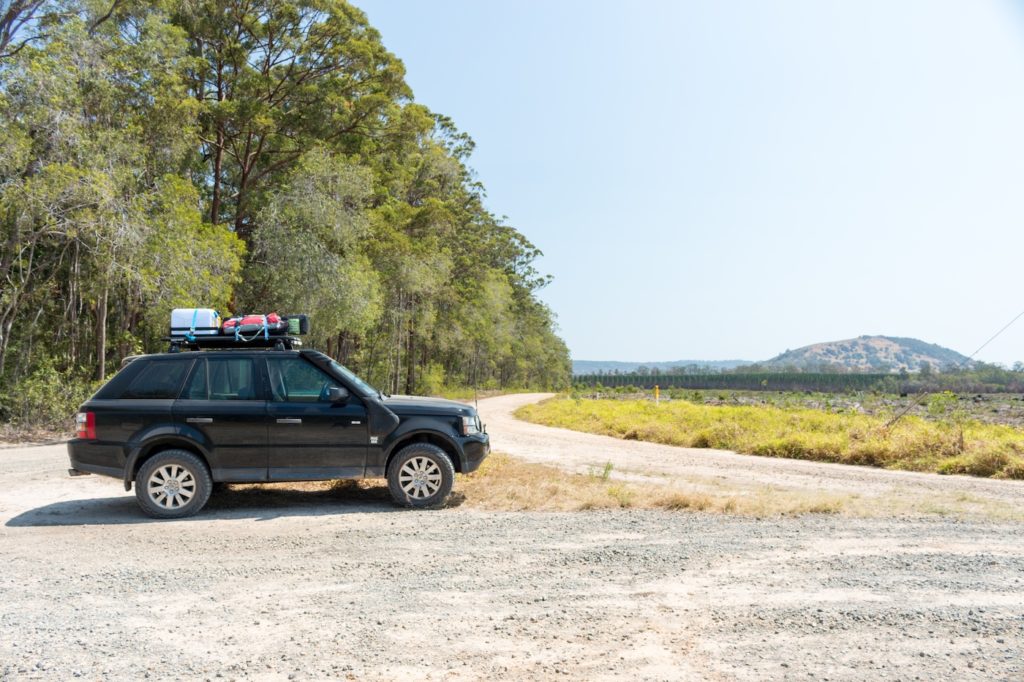 So far I’ve covered around 10,000km and I have to say I’m impressed with the noise (or lack of) when used on the road. From inside the car, they don’t really seem much different than the highway tyres they replaced. Wet weather grip has also been outstanding, with no hint of slip or aquaplaning. In terms of fuel economy, I have taken a small hit, but I would surmise that this is as much to do with the increase in tyres as it is the change from the original highway tyres. It’s not the end of the world but is worth noting.

One item of note is that they do seem quite sensitive to tyre pressures. If they are running a bit down (as in the only 5psi) on regular pressures (around 36-40psi) they do feel quite floaty on the road. I’ve not experienced this feeling on the dirt however so I’m just putting it down to a characteristic of the tyres for now.

Over the past eight months, I’ve managed to do a good range of dirt road driving. Covering everything from sand and beaches, through to rocks and thick waterlogged mud. And to be fair they’ve handled it all really well. I had expected some chipping of the tread after a couple of the rocky drives but I’m happy to report they have none.

Dropping them down to 26psi seems to work well on most relatively slow and rough tracks. This being a good compromise between handling, tyre longevity and shock absorption. There have been times where I felt I should have maybe gone a little lower for a particular section but the Range Rover’s traction control system easily made up for any lost grip.
On the beach (with the tyres dropped drown to 18psi) I have found them to work well. I did notice the sidewall tread and outer lugs biting into some of the softer sections, which nearly caught me out a couple of times, but on the whole, they have handled beach driving well for a relatively aggressive all-terrain tyre.

The one area where all-terrains typically struggle is mud, the tread (being the compromise it is) just isn’t designed to cope with deep sloppy black stuff. And to be honest they did struggle a little on the really thick and slippery stuff. A few psi out, I suspect would have helped a little. But not to the extent of a full on mud tyre. This level of traction is roughly what I would have expected. An all-terrain is always a compromise. In the end, I made it through all the deep sloppy sections but there was a fair amount of slipping and sliding as the tyres struggled for grip, although they eventually dug in enough and with some turning of the wheel I had enough grip to get through the worst of the track. 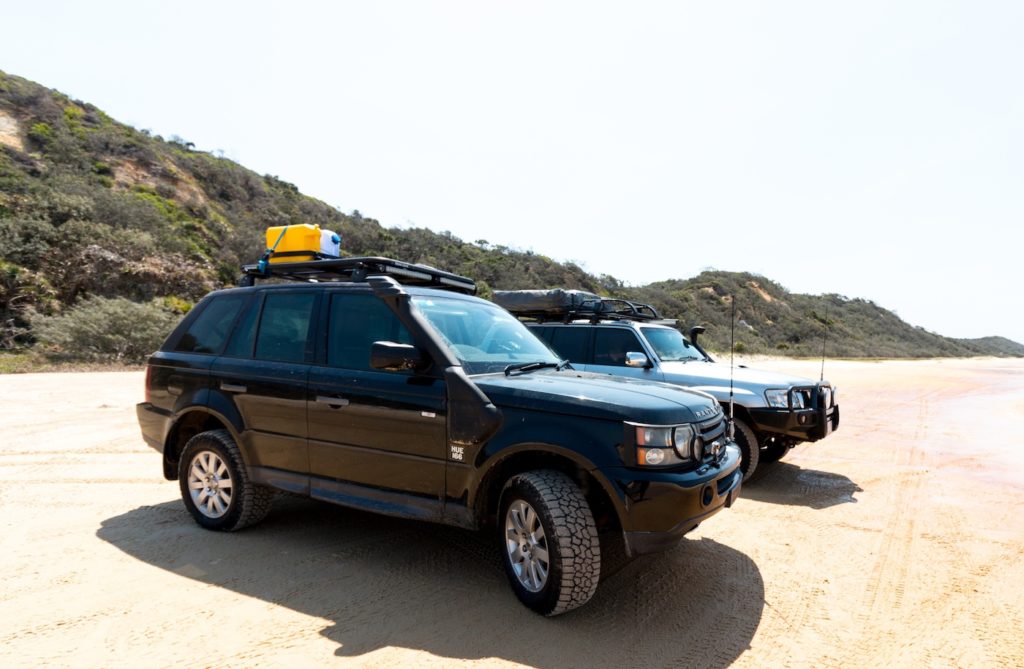 Overall the tyres have performed very well over the last few months and are a definite step up in terms of grip and noise over the previous all-terrains I have used. They actually remind me a bit of the old BFG Trac-Edge tyres – good on the dirt and good on the road.
Despite appearing to be quite a soft tyre, tread wear seems to be very good with only minimal wear visible so far (just over 10,000km or 6,000 miles). I will keep an eye on them but so far it seems good.
Overall, I’ve been impressed with the Falken Wildpeak AT3W’s over a broad range of conditions and providing tread wear is consistent I would happily replace them with the same (albeit with an LT version) when the time comes to replace them. 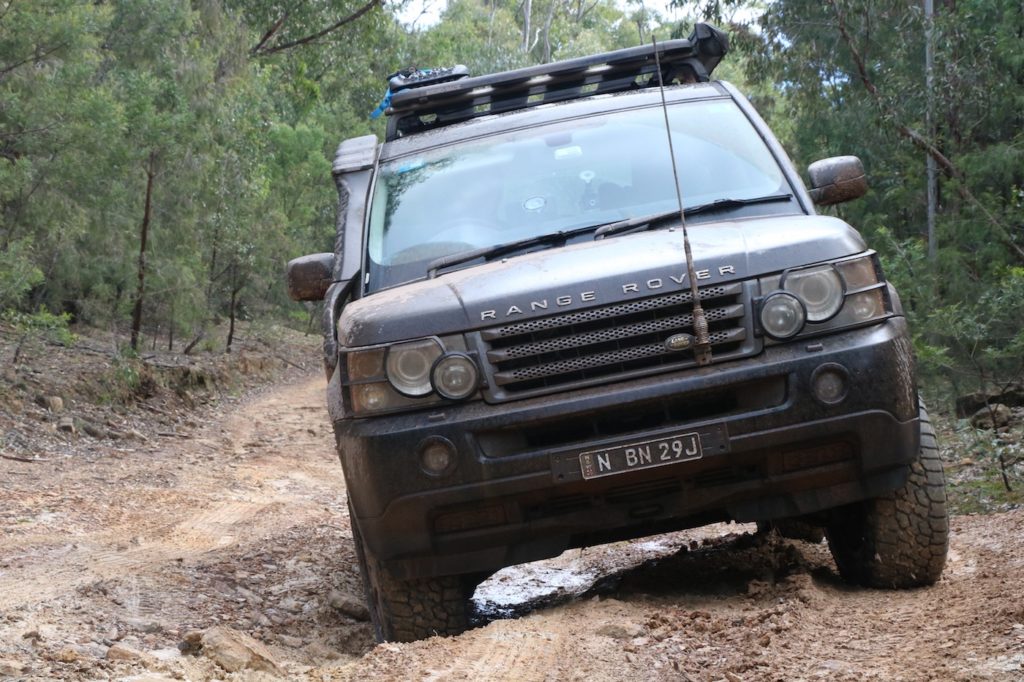