“We were invited along to the Queensland Overland Bound OTGR, an event where the emphasis is on the community, not just adventure.”

As an active member of many 4WD and Overland Travel groups on the web, one that I frequent a lot is Overland Bound. As a community group they live by two mantles “Adventure is Necessary” and “It doesn’t matter what you drive”. While the first is a given for any of us with the urge to wander the second is an interesting statement. Let’s face it you can have adventures in most vehicles, I have friends who have driven across the middle of Australia in a Nissan X-Trail. Heck, I’ve even taken small SUVs to some pretty far out places. And if you think back not that long-ago half of the world was probably explored in old 2WD Peugeot wagons. So, stating ‘it doesn’t matter what you drive’ rings very true with me. 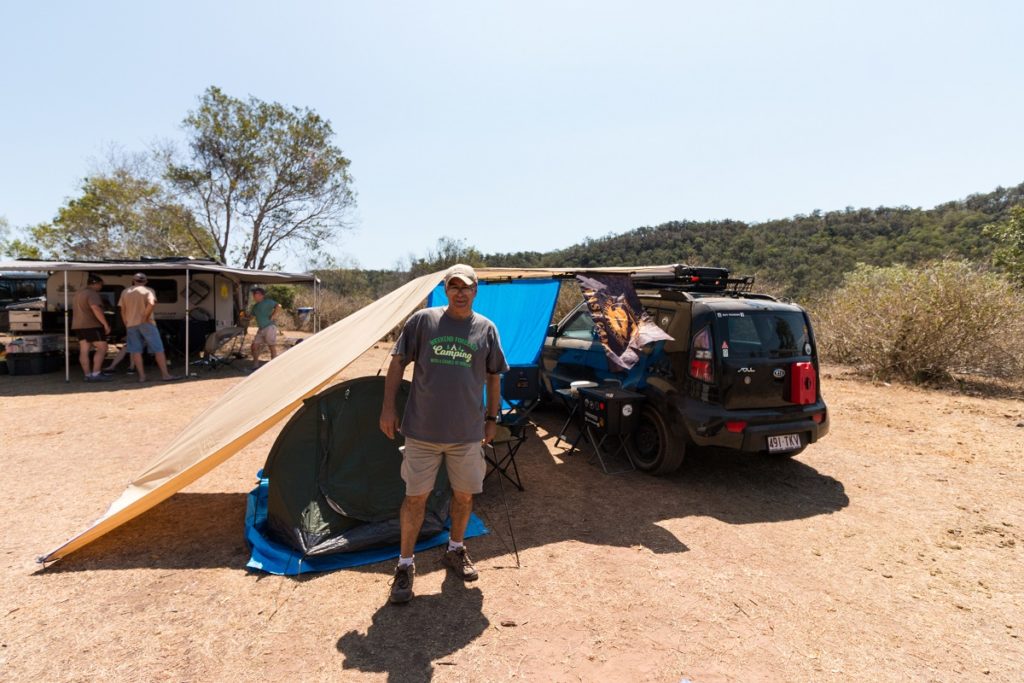 Another person this sentiment rings true too is Luis Merlo. One of Overland Bound’s Queensland Ambassadors and also one of the most enthusiastic guys you can meet when it comes to all things Overland Bound and building a community of adventurers.

This year’s rally was held at the Fordsdale Farmstay, deep in the heart of the Lockyer Valley about 40km from Toowoomba. We had been allocated our own camp spot which had fantastic views across the rolling hills and mountains of this part of the Dividing Range and with very limited phone signal we were well and truly off the grid. Not that, that would stop our enjoyment of the event, in fact, it made it all the more special without the distractions of the world outside. 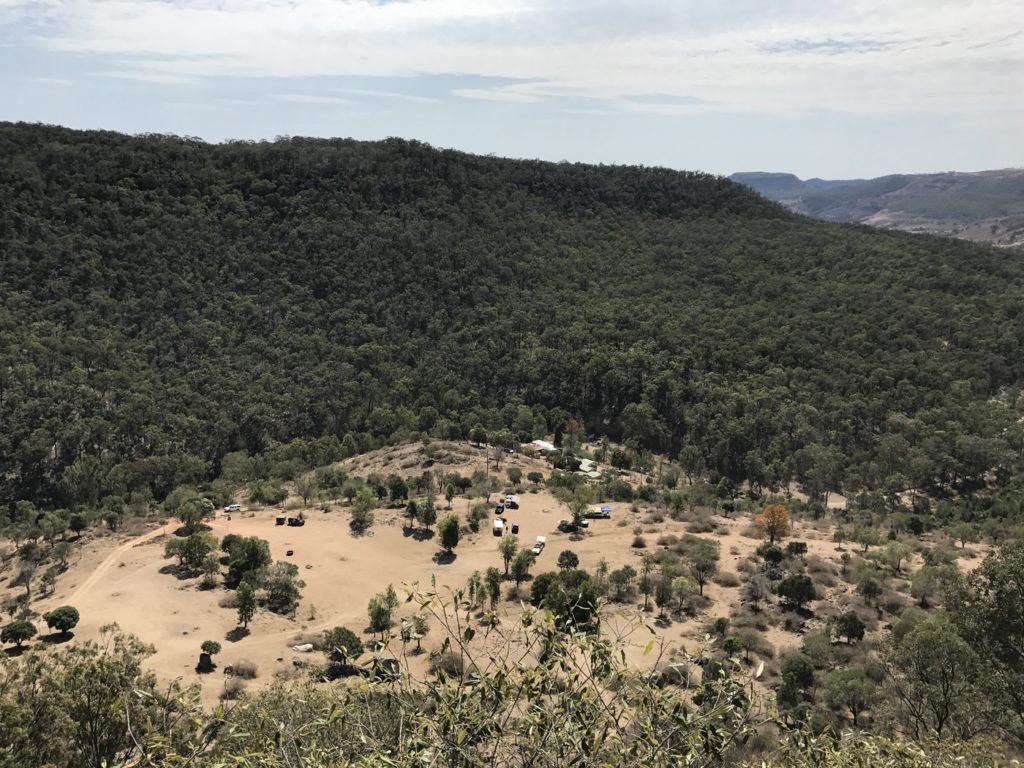 The weather for the weekend was forecast to be a little changeable, with the odd shower and some increasing winds (this part of Queensland hadn’t had any significant rain for about six months prior to the event such as the weather can be in these parts). Needless to say, the weather held off and we all enjoyed the weekend.

We decided that we would get to camp on the Friday, as we would be taking a leisurely route from the Fraser Coast. After several hours of blacktop, a nice pub lunch in 36-degree heat, we arrived at the venue at about 4 pm, half expecting to be the first/only ones there. Apparently, two other members had had a similar idea, Dave Gurman (from RolaSolar) and his wife Rebecca – complete with their custom camper and nicely set up Jeep JK Unlimited; and Jeremy in his well modified BT50 ute with rear canopy. The rear of the BT50 has been decked out to give Jeremy a great home away from home complete with TV and bed area.

After some quick introductions, James and I unpacked and set up camp, before joining the others for a good chat and a well needed cold one or two.

We all spent the night recounting stories of trips and talking all things Overland (although I have to confess we may have gotten a little philosophical as the night drew to a close).

Next morning, we all awoke early and some of us took the opportunity to grab a quick shower (seven days on the road can take its toll) before the sun warmed the day up too much. 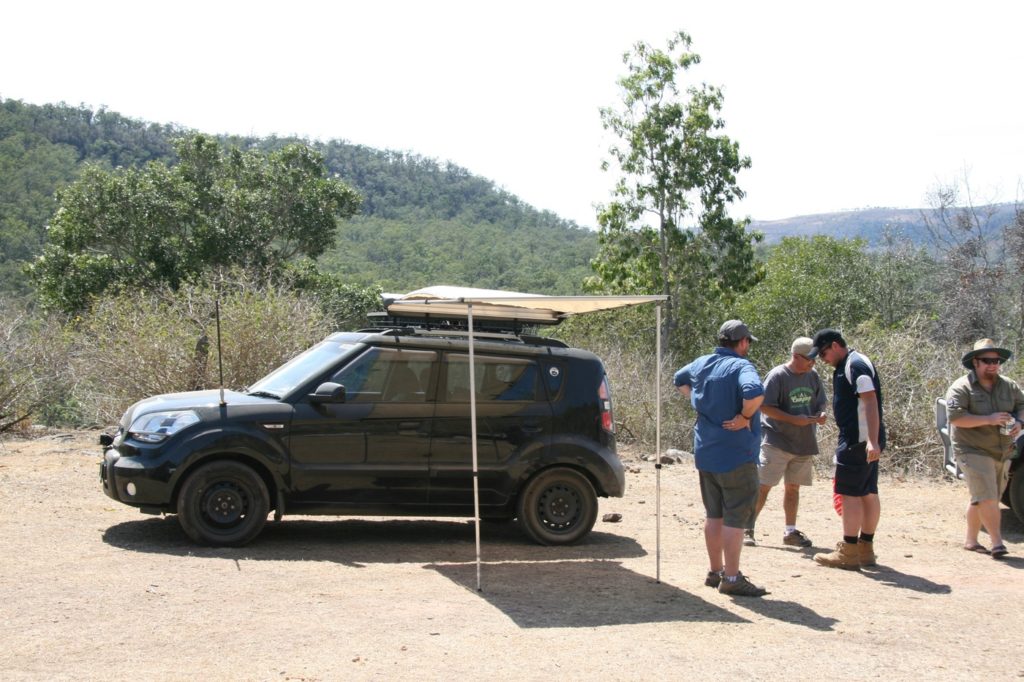 The rest of the group were due to arrive this morning and with limited UHF/mobile coverage, we were able to estimate a rough time of arrival. Heck, we all wanted to see the Jellybean (Luis’ Kia Soul) climb the hill up to the campsite, even if it wasn’t under its own steam.

At about 10.30 the first of the group arrived. And the best thing was this was a real family occasion with kids ranging from a few weeks old to early teens. Everyone made it up, then it was the turn of the Jellybean. One of the guys in their Discovery (see Land Rover owners are a helpful bunch), had doubled back to give a hand if needed to get over some of the steep sections. Let’s just say even with the extra help everyone was still surprised the little Kia made it up in one piece – hats off to you Luis.

By late morning everyone had pretty much set up and was catching up with old and new friends alike. There were a couple of small issues Colin’s wife had slipped over and hurt herself whilst putting up their pop-top camper and Rod in his Hemi powered JK Unlimited which had developed an overheating problem on the way up.

The overheating turned out to be a faulty thermostat on the fan, which was relatively easily bypassed, and Colin’s wife put her arm in a sling till she got home and could see a doctor.

From this point onwards, the day went fairly quickly, the kids were playing in the dirt as well as only kids can do. The adult kids were busy taking in everybody’s set-ups and socialising. Some of the more adventurous of the group went and found a challenging off-road course to try out. But as I had a 1000km drive to do the next day I chose to sit this one out for a change.

Luis had also set out a small swap meet for people to grab a few goodies or donate some to the cause. Items ranged from a backpack through to first aid supplies and even a set of driving lights. Needless to say, everything was greatly received and appreciated by all. 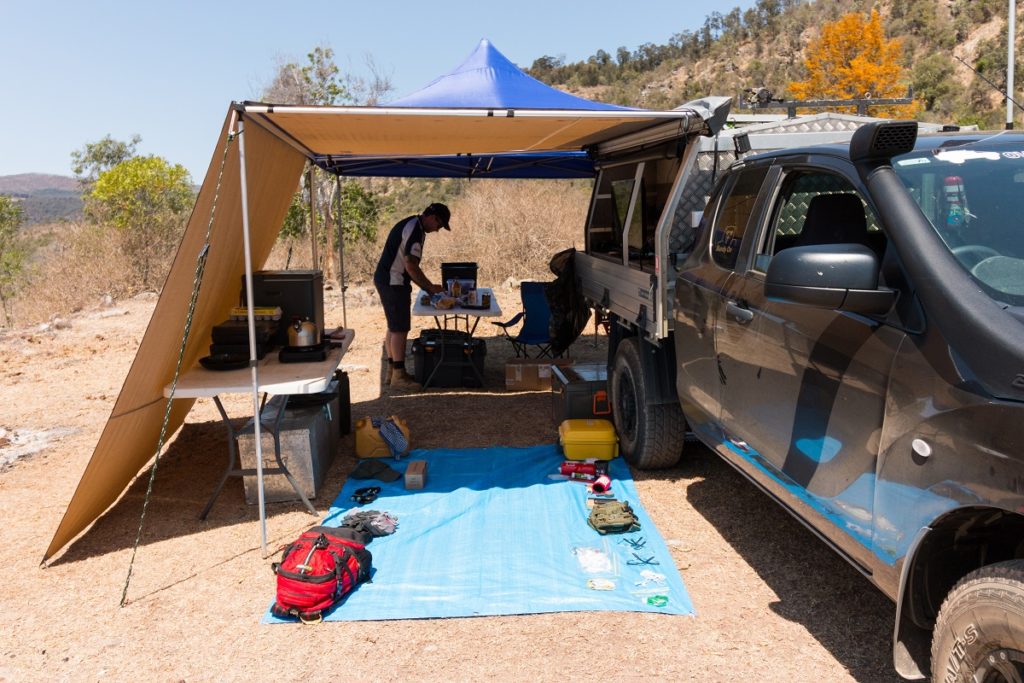 As the day drew to a close we all grabbed a bite to eat and settled around the campfire. It was also Blake’s birthday, so everyone had chipped in for a surprise present and cake. We’d brought him back some sand from Fraser Island, which I’m sure he appreciated. But the main present was a gas stove which I’m pretty certain was more useful although definitely not as sandy. Oh well, it’s the thought that counts as they say. And there was a lot of thought behind those valuable grains of sand.

There was also a birthday cake which had been supplied by Colin’s wife. With the fire raging and the music playing stories were shared and many a joke told, normally at someone’s expense but all in the best possible spirit. The party flowed into the night and at one point another group were invited to join in on our festivities, which they politely declined, I not sure what put them off, whether it was the country music or some other random incident which should probably remain unspoken.

But, let’s just say a good night was had by all and leave it at that.

I had decided to leave quite early the next morning as I had a long drive back to Sydney. Getting up at sparrow’s was a bit of a challenge but one which was met with some (re: no) enthusiasm. However, camp was broken, and goodbyes were said. And I was able to hit the road by about 7 am just as the heavens opened up and the rain came down.

All in it had been a great weekend with some fantastic company if truth be told the slower pace of the last two days had been the perfect tonic to the previous week or so, and I really look forward to attending next year’s event.